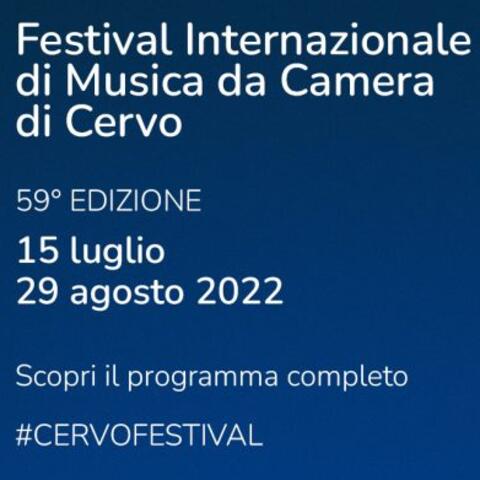 Music and Cervo have a deep bond, a bond whose progeny is linked by the vagaries of fate that, over fifty years ago, prevented the violinist Franco Vallora from participating in a charity evening at the church of San Giovanni Battista, better known as " Corallini Church ".
It was his impromptu substitute, Sandor Vegh who suffered the iconographic and above all the acoustic shock of the churchyard of this church. Vegh falls in love with Cervo, buys the house overlooking the square as a natural backdrop, sees an absolute skené, elaborates and then proposes to the Municipality an ambitious as well as visionary project.

Deer and culture attract each other. The many characters who discreetly choose it as an ideal buen retiro know this. Pietro Citati, Henry Furst and his wife Orsola Nemi, Casorati, Campagnoli, Gina Lagorio, are just some of these, but the list of those artists, writers and personalities of contemporary culture who have frequented and frequent the village would be very long.

It was inevitable that the Cervo International Chamber Music Festival followed a path of growth, development and maturation. A brilliant and modern idea has become a structured project, declined in half a century of music of the highest level and which in recent years has been further enriched with a jazz incursion.
The transversality of genre, interpreted by absolute artists, intercepts and stimulates a comparison between apparently distant but indispensable musical worlds for those who love music.

Today the Cervo International Chamber Music Festival , now in its 59th edition in 2022 , is changing its skin again, in a dynamism inherent in its being and multiplying its appointments.
At a time when art and culture are suffering the economic downturn, Cervo is investing quantitatively and qualitatively in its Festival, betting on the present but even more on the future of an exhibition that is renewed, fully reconfirming its primordial ambitions.